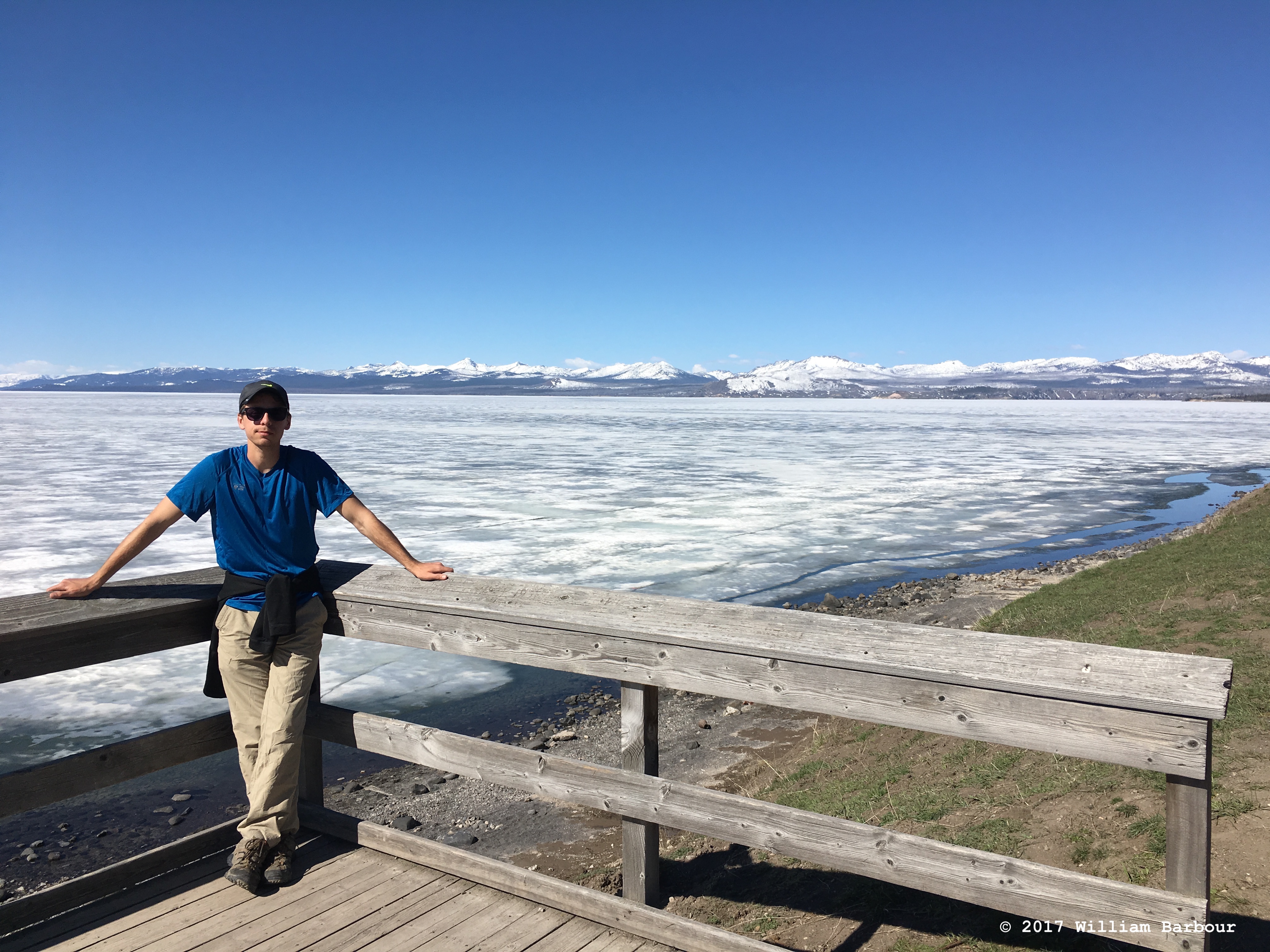 I am a Research Scientist at the Institute for Software Integrated Systems at Vanderbilt University in Nashville, TN, researching data and artificial intelligence applications to transportation systems. Take a look at my biography, research, or blog and email me to get in touch.

In January of 2018, I was honored to be awarded the Dwight David Eisenhower Transportation Fellowship from the Federal Highway Administration. My friend and colleague, Raphael Stern, was also awarded the Fellowship. The awards were presented at the Transportation Research Board Annual Meeting 2018.

This is a discussion of the server specifications, design rationale, and building process. I will also share what I learned during the process, along with some advice for computer building.

A few months ago, I replaced the Enermax Liqtech AIO cooler due to mysterious thermal throttling issues that were occurring on the server. At the time, I did not have the extra time to track down the issue fully and needed to get the server back online, so I shipped overnight a Noctua NH-U14S TR4-SP3 air cooler. That solved the problem and CPU thermals have been low and stable ever since. I shelved the Enermax AIO and didn’t give it a second though until I came across a Gamers Nexus YouTube video detailing systemic failures in these Enermax Liqtech units due to some sort of corrosion build-up and blockage. I have not yet investigated whether this was the cause of my issues, but it seems highly likely based on their strong findings.

I have updated the parts list below to reflect the new CPU cooler - I highly recommend the Noctua NH-U14S for its simplicity and performance, even on this demanding processor.

The previous research workstation computer that I built had significantly less power. It was designed for 24/7 operation with an Intel Xeon quad-core CPU (E3-1275v5) and ECC RAM. As it turns out, a lot of the computation could be asynchronously parallelized quite easily to take advantage of higher core counts. So in the second incarnation of the research workstation, I opted for a CPU in the high-end desktop (HEDT) genre where they are used for tasks such as video editing and rendering.

This led to the selection of the AMD Ryzen Threadripper 1950x CPU, which boasts high core count (16 physical) without breaking the bank or sacrificing core speed (3.4+ GHz). The Ryzen series supports overclocking and the ASUS Zenith Extreme motherboard makes this entirely possible with active VRM cooling and robust power delivery. The new configuration maintains the same high speed NVMe solid state drives via M.2 interface. Not only do these drives have extremely high bandwidth, but the input/output operations per second (IOPS) and latency are both superb1. The M.2 interface on most motherboards routes through the chipset, which can hurt latency, but the Zenith Extreme appears to route two of its M.2 slots directly into the PCIe lanes. Lower speed SATA SSD’s are used for ‘‘warm’’ storage, where data is used semi-frequently, and HDD’s for data that is accessed infrequently.

A number of components were actually tough to get a hold of at the time they were purchased. The release of Threadripper was still cooling down and the Zenith Extreme was in and out of stock. The global DRAM shortage was still in full swing so DDR4 prices were exorbitant. On top of that, cryptocurrency frenzy was really ramping up; thankfully I got the GTX 1080 before it reached its fever pitch and GPU’s were around double their intended retail price.

It is always a good idea to test components outside the case where assembly is painless. Sending a component for RMA is a lot easier when it’s not screwed down. I typically place my motherboard on the cardboard insert that comes in the box; components aren’t as fragile as they look2.

As you can see, the Threadripper CPU is absolutely massive. It’s dimensions are daunting, but it is also plainly heavy. We know that the heat spreader is soldered directly to the processor dies for better heat transfer (compared to thermal paste/adhesive), but I suspect that the heat spreader is considerably more robust than the typical processor. This complements the AIO liquid cooler that was used for the CPU, which has a full-coverage water block to take advantage of the distributed heat generated by the processor dies. AIO liquid coolers for smaller sockets vary quite little in performance, but it is clear that the heat dissipation capacity of this Enermax cooler is significantly higher for the TR4 socket3.

This was on the longer side of assembly times. The Thermaltake case was nice and spacious (massive, in fact) but a number of other factors contributed to a tedious installation. These included: separate fan extension board that came with minimal instructions for installation, long runs required for fan cables that dictated some placements, and crazy tight screws on the case for which I had only a tech-sized screwdriver (see Tools recommendations 1 and 2 below). I thought I had a lot of components, but this case could easily fit another hybrid GPU, 4-5 additional hard drives, and 1-2 additional fans. Airflow seems excellent (this has been a problem in some newer glass cases) and the build certainly makes a statement.

The BIOS on the ASUS motherboard was decent out of the box. I noticed a few stability issues, but these seemed to be cleaned up with a BIOS update that was rather painless via USB drive. I have not been able to get the RAM to overclock; the DOCP profile shows up in the BIOS, but the system won’t post after attempting to enable it for the rated 3466 MHz. I have not yet attempted CPU overclocking, but will possibly do so in the future.

Windows 2016 Server was installed as the operating system (hence why I refer to the machine as a server and workstation interchangably). The primary factor in the decision was supporting multiple simultaneous users. I’m aware that any number of other operating systems can do this, but Windows is supported by the technology staff. I generally prefer a Unix-based OS, but so far the Windows Server installation has been nice and clean, free of bloatware, and compatible with most Windows 10 applications.

There aren’t really that many tools required to assemble a computer. If absolutely necessary, the vast majority of components could be installed with a single phillips head screwdriver. However, not all tools are created equal; here are my suggestions:

This project was completed by Raphael Stern and myself. We set out to design and build a laser cut relief map of the Dwight D. Eisenhower National System of Interstate and Defense Highways. This resulted in a number of incarnations, one of which was mounted on stained oak plywood, below. The map and name plate are cut from 1/8-inch birch plywood using a 75-watt laser cutter using an AutoCAD DWG file. The file combined both raster engraving for the highways and vector through-cuts for the outline of the contiguous United States. The vector cut was simply sized up with AutoCAD to form the lower relief map. A later version of this project also added state outlines with lower raster width and turned out very well.

The Chicago skyline is one of most recognizable in the world and was the inspiration of this project. I set out to present the most iconic city landmarks in an accent-lighted display to mimic a sunset behind the city.

The skyline was drawn in AutoCAD, half traced roughly from a skyline image and half drawn in as a supplement to cover the remainder of the landmarks (including the Hancock Center, ferris wheel on Navy Pier, and river bridge). It took a few trials on the laser cutter to dial in an acceptable scale, since there is some exceptionally fine detail. The final cut was done on 1/4-inch oak plywood and even on full power, the laser had trouble penetrating. A couple tedious hours with a razor knife brought the cuts all the way through. I didn’t apply any wood finish to the cut skyline because it already had a beautiful color that contrasted with the other pieces.

I built the shadow box from 1x4-inch oak. I would have liked to take a router to the edges, but I don’t have one yet. The bevels were cut with a circular saw, since that was all I had at the time; they had to be done carefully to ensure the alignment was square. I also lacked a pocket hole guide at the time, so I had to free-hand drill pocket holes and counter sinks. This actually would have worked out perfectly, had I bought better quality screws. I kept the pilot holes quite proud and a few of the screws broke off in the holes due to the torque I placed on them. After cutting any protruding screws off with a Dremel and filling the holes with wood putty, the mistake was hidden. I applied two coats of red oak stain to create some contrast with the skyline but keep the grain visible.

The back of the shadow box is a piece of 1/4-inch poplar plywood with a coat of clear shellac. I recessed it from the back of the shadow box by trimming the inner perimeter with quarter-round molding, stained the same color as the walls. This was where I encountered my second mistake: the oak walls were very difficult to hammer into with finish nails after assembly of the box. Had I thought ahead, I would have nailed on the molding prior to cutting the walls with the bevel, which would have taken care of the slight gaps left by lack of precision in the miter cut of the molding as well.

The final steps were mounting the skyline using some scrap quarter-round molding and wood glue and adding a USB-powered LED strip behind the skyline. The light strip is well-hidden from the front and has a thin cord that can be routed out of the box and will plug into any standard USB charger. The color changing effect it creates is incredible in the dark.